With a branded bike, demonstration sign and spray chalk with stencil, our promoters were in different well-known places in Hamburg city to promote the #MEINLIEBLINGSJOB campaign of our customer Opitz Consulting as part of a guerrilla campaign. The promoters were positioned in front of an event. This attracted much attention, even without directly addressing the visitors or passengers. The same campaign was also carried out one day after in Cologne. Our promoters handed out branded postcards and talked about #MEINLIEBLINGSJOB. The campaign was very successful and very catchy not at least because of the sprayed stencils. 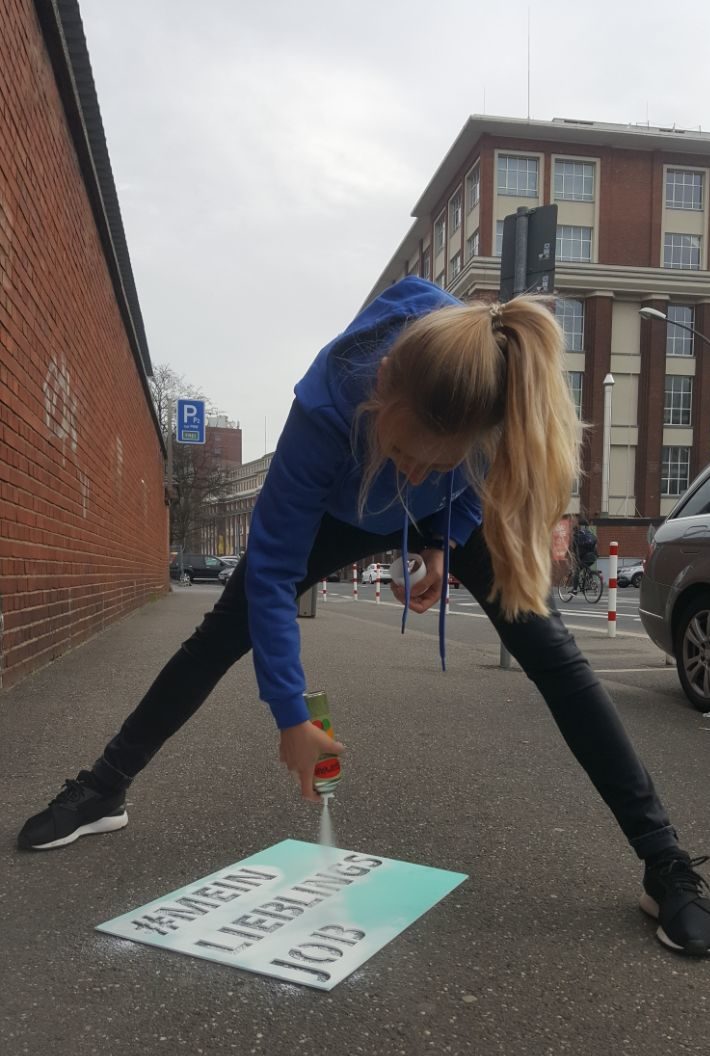