Again there was an enormous rush, even before the gates were opened. As in Berlin, we supported the campaign in Graz/Austria with our promotional staff.

We sampled flyers and explained to the passers the most important details of Warhammer. The feedback from experienced players as well as passers-by was very positive, so this campaign was also a great success for our customer Games Workshop. 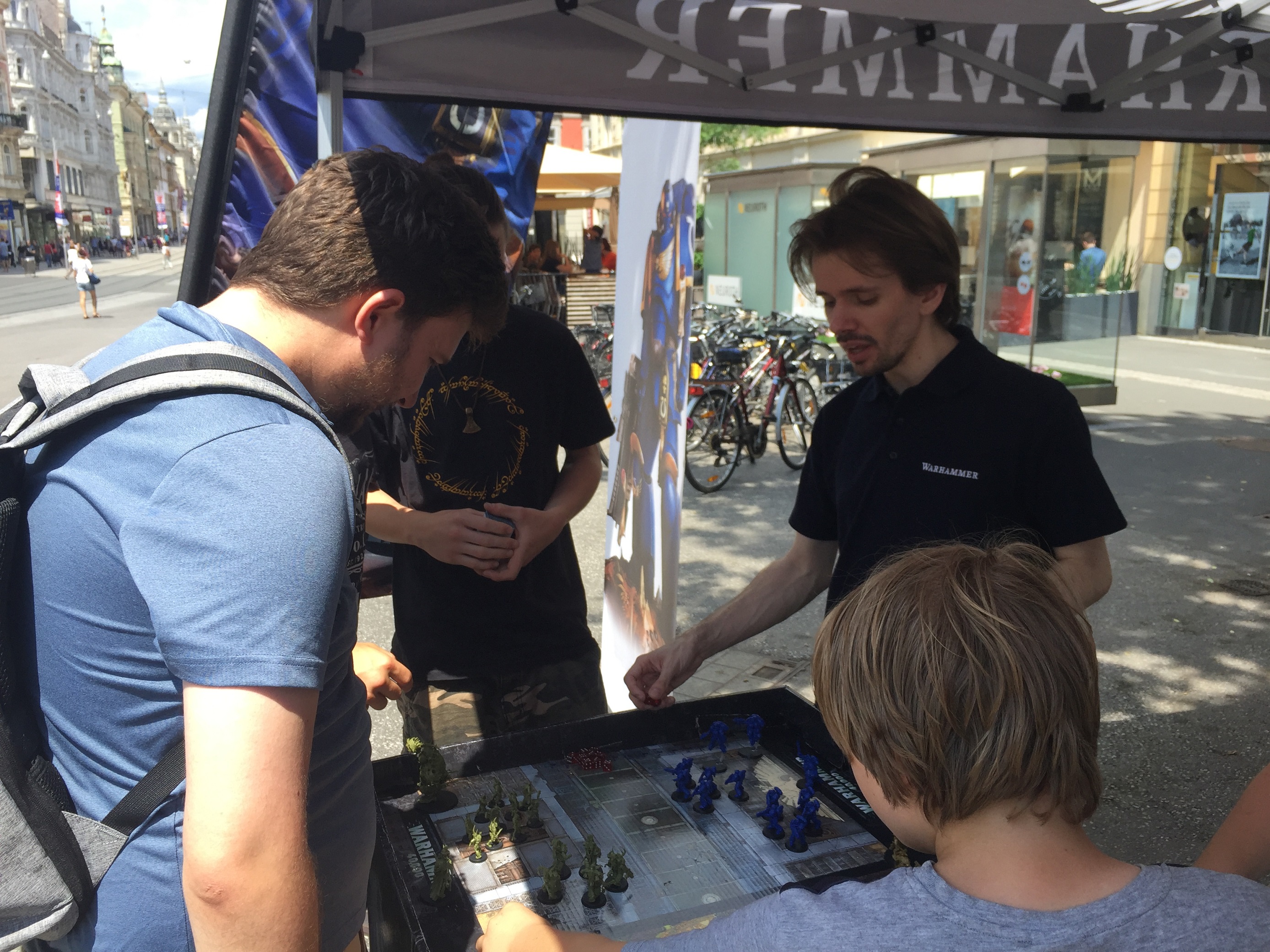 Promototional staff explains the game to passerbys in the streets of Graz.