UEFA Euro 2016: And once again the German team makes it to the next round. After an exciting penalty shootout, Germany defeats Italy and advances to the Semifinals where they will be playing against the French. Will Germany be able to sweep the host aside? The answer to that question will be revealed during Thursday’s big match.

A few lucky people in Hamburg might be able to celebrate the next game, wearing one of the official UEFA Champions League jerseys from 2016. During a promotional campaign a couple days ago, these jerseys were available for free in the city of Hamburg – well almost. In exchange for a gift coupon, one had to purchase the Hamburger Abendblatt newspaper for 1,80€.

The promotional campaign took place next to the so called Nivea Haus in the city center of Hamburg and was realized by the newspaper Hamburger Abendblatt in cooperation with the promotional field agency St-Promotions. Rumor has it that Germanys national team coach Jogi Loew was spotted on site, getting one of these jerseys himself.  A short video at the Hamburger Abendblatt webpage reveals whether this rumor is true or not.

During the campaign the promotional staff managed to stay busy at all times, hence distribute a lot of newspapers including gift coupons to the passers-by. The reactions were extremely positive and not only from the ones receiving the gift coupons. The promotional staff was just as happy and pleased with the campaign, as the customer and the passers-by. Now all that remains for us to do is keep our fingers crossed for the big match on Thursday – hopefully wearing the right outfit! 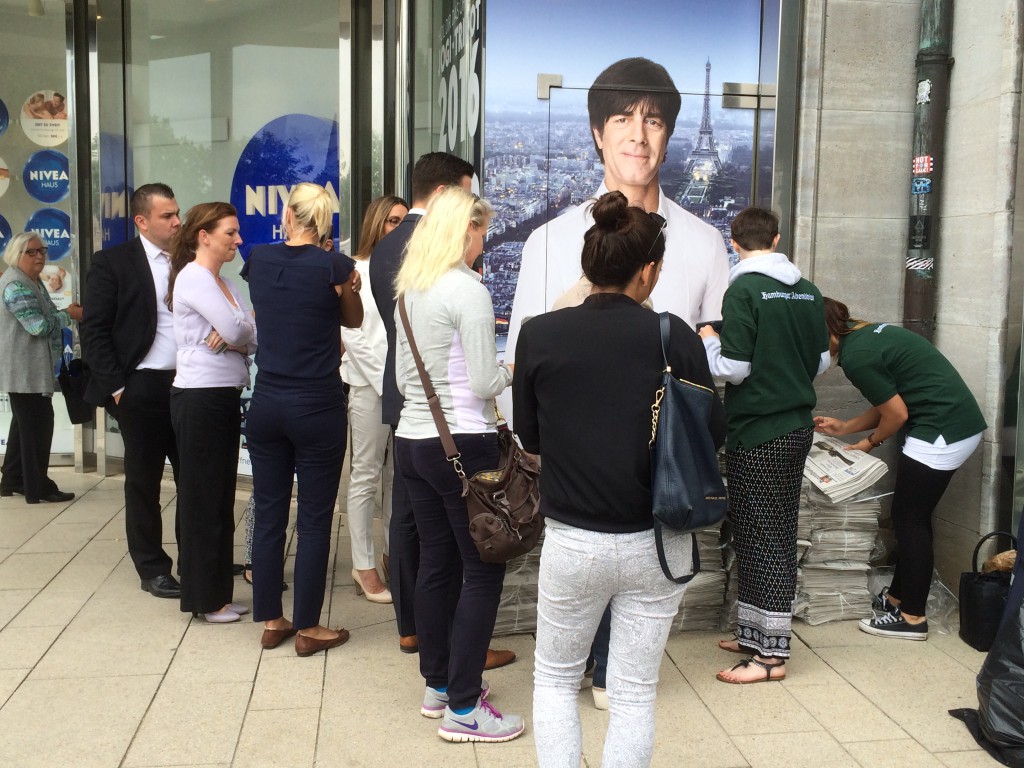